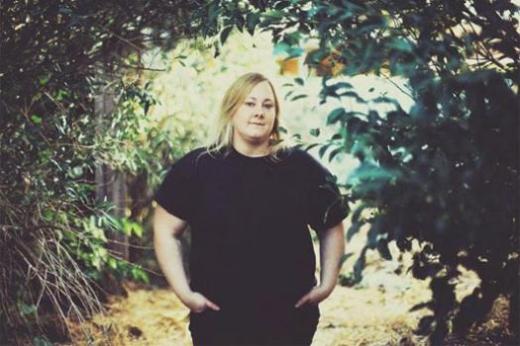 Summer Flake
Recorded by Matt Hall.
Mixed by Josh Watson.
Recorded at The The Hideaway, Mar 15 2014.

Stephanie Crase is an Adelaide native who has been performing under the moniker ‘Summer Flake’ since 2012. Steph has been a member of New Zealand rock band Batrider as well as Adelaide bands Hit the Jackpot! and No Through Road. She still finds time to write, record and perform with Fair Maiden (they have a debut LP coming out in June) a band she formed with Ellen Carey back in 2007. The music of Summer Flake – like a snow flake or a Cadbury flake – is a delicate thing. Musically, there’s a lot of passion in Steph’s guitar playing; it rises and falls, ebbs and flows. Her voice works in much the same way, wholly dynamic and enchanting, it hurts when those heart-wretched syllables are prolonged into anguish or contemplation.

Gravel Samwidge
Recorded by Matt Hall.
Mixed by Dusty Anastassiou.
Recorded at The The Hideaway, Mar 15 2014.

Gravel Samwidge formed in the late 80s but they’re still kicking around with some new blood. Mark Spinks has kept the name all these years and the band even won a Triple J Unearthed competition in the early 90s. Nowadays, Ash Jenkins and Alex “Sleepy” Morrison fill out bass and drum duties respectively. Sometimes even Matt Kennedy of Kitchen’s Floor-fame guests on lead guitar. Not this time though, it’s just Gravel Samwidge in the classic rock power-trio formation.

The group had a busy 2013, releasing two EPs and a mini-LP while playing regularly in Brisbane as well as Melbourne. Their latest release is a 12” on Swashbuckling Hobo, a rock ‘n’ roll label from Brisbane.

For more information on Gravel Samwidge check out their Facebook page.