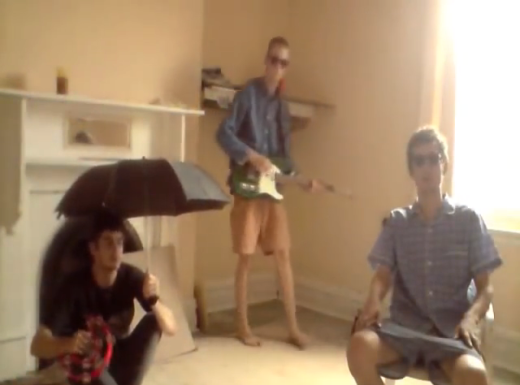 Did you know that some of the fellas from Bitch Prefect were all in a short-lived band called Dud Pills? Pat Telfer, Liam Kenny and their mate Pete who allegedly punched a guy so hard that a tooth got embedded in his fist. Dud Pills share a lot of similarities with the lo-fi pop of the aforementioned Bitch Prefect as well as some psych tendencies that Pat lashes out these days in his own band, ‘Old Mate’. They only ever had two releases a CD-R on Dirty Burger Records and a cassette titled ‘Sexy As Hell’ that released on Stacey Wilson’s (Terrible Truths, Rites Wild) old label ‘Faux Friends’. In November 2013, 3 years after that cassette, they reunited for a show at The Metro in Adelaide where they premiered one whole new song.

– Listen/buy to Old Mate’s ‘It Is What It Is’ on the SDZ records Bandcamp.

– Listen/pre-order to Liam Kenny’s cover of Leonard Cohen’s ‘Avalanche’ from ‘A Kenny For Your Thoughts, out in November on It Records on soundcloud.

– Listen/buy to Scrabbled’s ‘Welcome To Pig City’ over at the Virtual Cool Bandcamp.