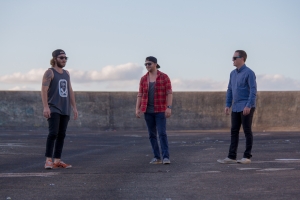 Founded in 2012, Faleepo Francisco spawned from the bases of a cover band, when three of the members decided to start writing and performing their own material. Consisting of two guitars and drums, they’ve crafted a sound that is comparable to big name bassless blues bands the black keys, and the white stripes. They’ve released a string of singles as well as their debut EP ‘So it begins’ in 2015.