Lower Body are first up and are an alt post-punk band who are self described as ‘Sexual frustration and heartbreak from the nation’s capital’.  Made up of Joel, Mitch, John and Peter, the newly formed Canberra band have gained a following purely from the live shows, even without a studio EP out.

Morte Lenta, which translates to Slow Death from Italian, and are a multicultural collaboration. With English, Spanish and Brazilian influences melded together, the Sydney band (who only formed in 2016) use dark influences and punk riffs to create a unique vibe. As of 2017, the band have only released one EP, and have been touring Australia. 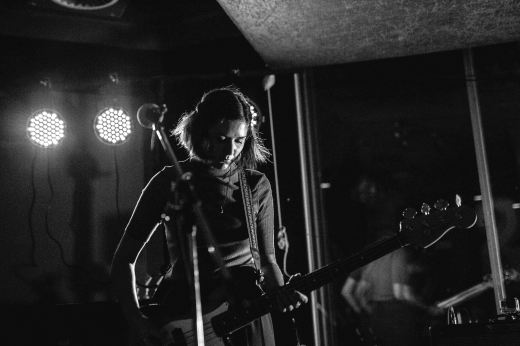 No Sister, are a 4 piece post-punk band from Melbourne. Fabulously understated, their punchy songs are a kick in the teeth, making their mark in the punk scene as real contenders. The band started in Brisbane in 2014 with only 2 members – Tiarney and Mino, but became fully fledged after meeting other ex-Brisbanites Murray and Siahn after a move to Melbourne in 2015. Apocalyptic yet relatable, the band has spent a lot of time touring locally, and gaining a fanbase. Their self titled LP came out in 2016, with another full length LP scheduled for release in late 2017.