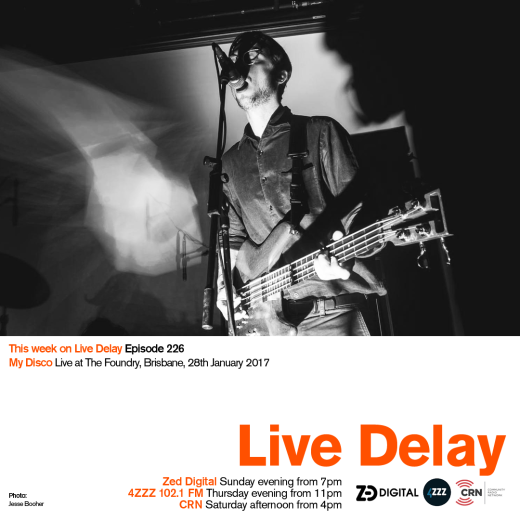 My Disco are a three-piece post-punk/minimalist band from Melbourne. Formed in 2003, the band became known for their use of unconventional performance spaces such as warehouses, art galleries and sidewalks. They soon released their debut 7inch “Collapse Of An Erratic Lung” and began touring extensively through Australia, Southeast Asia and Mexico.

My Disco’s debut LP “Cancer” was released via Temporary Residence Limited in 2006. This saw them expand touring to the UK and the US, before heading to Electric Audio studios to record with legendary producer and Shellac band member Steve Albini. These sessions produced the band’s second album “Paradise”, which was released in 2008 and described as reductive art rock.

Since then, My Disco have released 2 more albums; 2010’s “Little Joy” and 2015’s “Severe.” Severe saw the band explore the minimalist musical aesthetic that’s been their hallmark since formation, creating an at times confronting record.