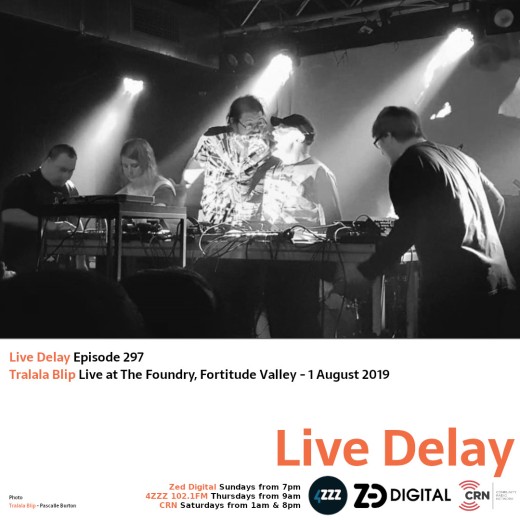 In 2007 Randolf Reiman, former singer of Sydney hardcore band Massappeal, began working with a disability support service in Lismore, N.S.W. Reiman provided electronic musical equipment for the differently-abled clients of the service to experiment with. It was here that the seeds of collaboration were sown for the project that would become Tralala Blip. Since 2009, the band has had many highlights, playing at the Sydney Opera House, creating the theatre project “My Radio Heart”, touring Europe and delivering a consistent run of experimental pop records.

Their releases include limited-run independent CD-R Arpeggiator Heart in 2011, collaboration album Tralala Blip Meets Muttboy in Atlantis in May 2012 on Sound Crucible, album Submarine Love Songs in October 2013 on Room40, album Aussie Dream in April 2014 on Disembraining Machine, album Oceans of Love in February 2016 on Tenth Court and most recently album Eat My Codes If Your Light Falls in July 2019, again on Room40.

It was at the Brisbane launch of Eat My Codes If Your Light Falls that this set was recorded, with the lineup of ​Randolf Reimann, Lydian Dunbar, Phoebe Hall, Mathew Daymond and Zac Misfud.