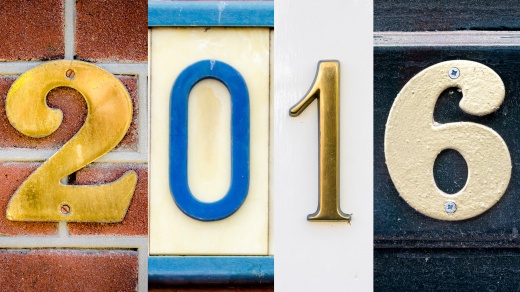 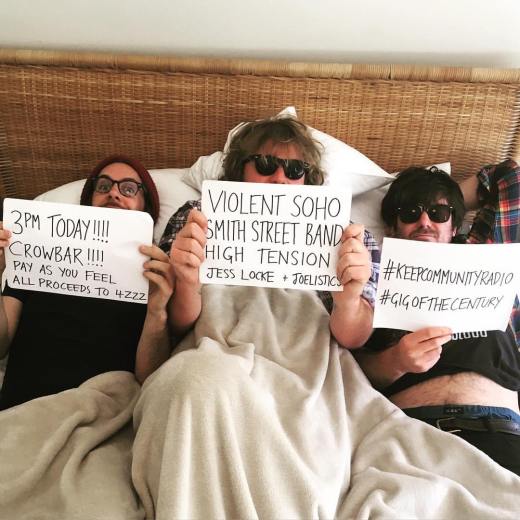 This is a very special episode for us as it features songs from Jess Locke, High Tension, Smith Street Band, during the legendary ‘Gig of The Century’ fundraising show for the #keepcommunityradio movement that took place at Crowbar in Brisbane on the 5th of June, 2016. a very big thank you for everybody who got involved in this show. The bands who dedicated their time, the venue who dedicated their business, and the patrons who donated their money.

Starting off as a solo project in 2009 and consisting of only her voice and acoustic guitar, Jess Locke recorded her first album ‘In the Bedroom’ literally in her bedroom, true DIY style. Over the years since, she has released another four DIY acoustic albums as well as a live album from The Old Bar in Melbourne. But in 2014 Jess decided to switch up her playing styles and bring in a few other elements like drums, percussion, bass, ukulele and even some good ol electric guitar. The lo-fi sounds of her DIY recordings, simple and effective melodies and blissful delivery of her sad girl lyricism create a powerful sound of her own that makes for very comfortable listening. Her latest track ‘Paper Planes’ was released at the start of June and is the first taste of her next album due for recording later in the year.

Coming from Collingwood in Victoria, High Tension are a brutal four piece that have been hitting it hard since their beginning in 2012. Fronted by the outright terrifying Jakarta born Karina Utomo, High tension will leave you in a dizzying state of disaster which is amplified ten fold during their live performances. Sounding like they’ve taken an influence from every possible style of heavy music  and fused it together to make High Tension stand out in their own.  They’ve released two albums so far through the Cooking Vinyl label, 2013’s ‘Death Beat’ and 2015’s ‘Bully’, both of which have received critical acclaim including ARIA award nominations, flawless reviews from music publications, and even the tick of approval from master of hardcore himself, Henry Rollins.  The powerful thud behind the drum kit, with pounding fuzzed out bass lines, sharp erratic guitar, and the unpredictable howls, screams and slurs on the vocals make High Tension a band worth checking out.

In only 5 years of existence The Smith Street Band have made a tremendous impact on the Australian music scene by revitalizing the long forgotten genre that is a staple of our cultural identity; Pub Rock. Their raw punk rock sound with intelligent lyricism delivered in vocalist Wil Wagners instantly recognizable, prominent and sharp Australian tone have made The Smith Street Band our new Pub Rock icons.